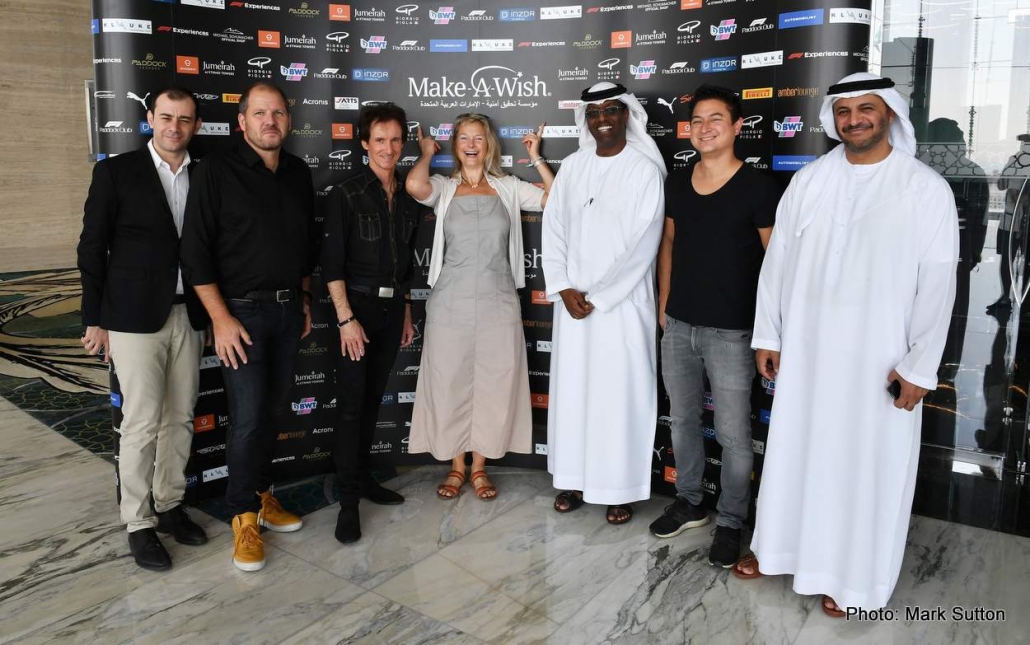 (Abu Dhabi, UAE – 27 November 2019) MBA-Sport CEO Markus Schell confirmed his support for the Make-A-Wish Foundation this week by becoming a partner with the organisation that began in 1980 with the goal of making a dream come true for terminally ill children.

Speaking after a fundraiser event for Make-A-Wish in Abu Dhabi, attended by international media, VIPs and UAE dignitaries, Schell shed light how he trusts in the projects that respected journalist Inga Stracke gets involved and has supported her causes over the years.

He told reporters, “A few months ago Inga mentioned the Make-A-Wish Foundation which attracted my interest as the goals of the organisation are noble and heart-warming.

“The end of the year period coincides with Christmas which is a time of giving and caring, thus it made sense to get involved as soon as possible to provide our backing and support through our areas of expertise, with resources we have at our disposal.

“Our goal with Paddock-Legends, which Inga is familiar with and supports, is to keep the legacy of great racing drivers alive, among them Michael Schumacher who remains a great inspiration and role-model to people that are not even fans of Formula 1.

“So, it did not take long for us to agree to support the fund-raiser this week here in the UAE by flying out our Benetton B192 showcar and set it up as one of the main attractions for the fundraiser. It causes a buzz among people who see the car in real life for the first time. And of course, this helps raise awareness for Make-A-Wish.

“Furthermore, a percentage of the proceeds from sales made at the pop-up Paddock-Legends merchandise boutique in Jumeirah at Etihad Towers, during Abu Dhabi Grand Prix week and weekend, will go towards Make-A-Wish and opens doors to growing the partnership in future,” added Schell.

The official foundation website outlines its history and goals: “Founded in Phoenix, Arizona in 1980, when a group of caring volunteers helped a young boy fulfil his dream of becoming a police officer, Make-A-Wish is one of the world’s leading children’s charities.

“In 1993, Make-A-Wish International was officially formed to serve five countries outside the U.S. – and now helps to serve children outside the United States in more than 50 countries on five continents through its 39 affiliates.

“With the help of generous donors and over 45,000 volunteers, Make-A-Wish has collectively granted approximately nearly 480,000 wishes worldwide since 1980.”

The criteria for make a wish children is that they are between the age of 2½ and younger than 18, suffering from a terminally ill disease.